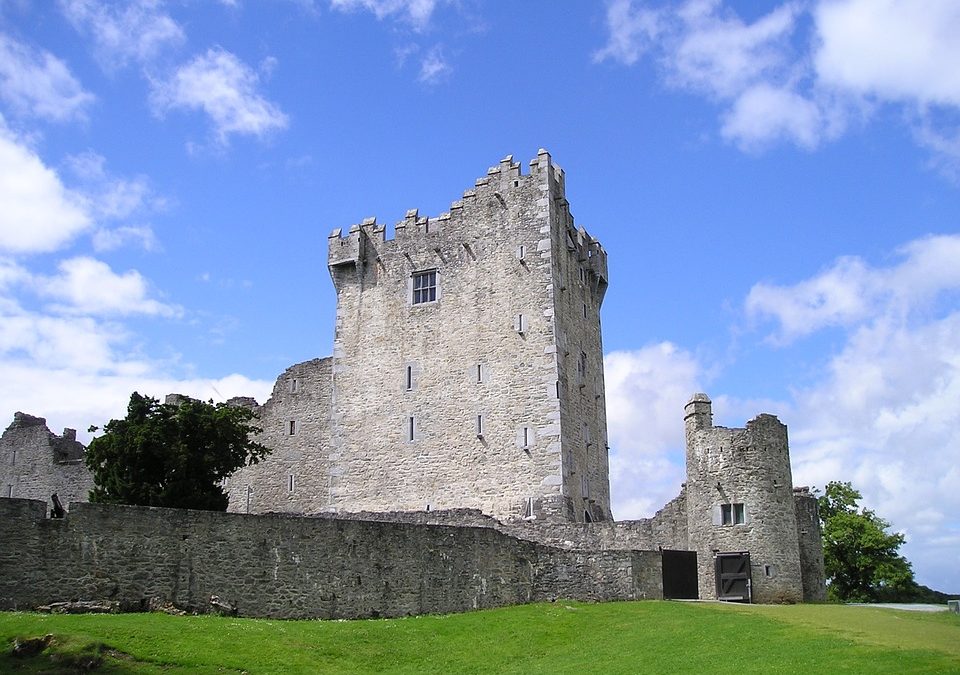 This castle was built at the edge of Lough Leane,in the Killarney National Park, in Killarney , Co.Kerry approx in the late 15th century as the date of its foundation is unknown.Ross Castle may be considered a typical example of the stronghold of an Irish Chieftain during the middle ages.It was built by one of the chieftains of the O Donoghue Ross clan and later was the ancestral home of the Brownes of Killarney. The castle is surrounded by a fortified bawn,its walls are defended by circular towers , two of which remain today.

The structure is stacked and mortared stone with thick walls, providing five inner stories and the roof.

The castle is typical of strongholds of Irish chieftains built during the Middle Ages. The towerhouse had square bartizans on diagonally opposite corners and a thick end wall. The tower was originally surrounded by a square bawn defended by round corner towers on each end.

The structure is stacked and mortared stone with thick walls and providing five inner stories plus the roof.

The defense features listed below are amazing to see.

The front entrance was a small anteroom secured by an iron grill or “yett” at the outer wall. The yett could be closed from inside via a chain that could then be secured even if the front door was closed. This room provided small side access holes and a “murder holes” above which allowed the defenders to attack anybody in the room.

The front door, on the inside of the anteroom, was constructed of two layers of thick Irish oak, one layer 90 degrees to the other with the boards riveted together. If the door was a single layer with the wood fibres going in a single direction, it would have been possible to split the door. The second cross layer prevented that. The door opened inward and was backed by two heavy beams fitted into the stone structure.

Windows at the lower levels were vertical thin slits preventing entrance into the structure but allowing persons inside to aim and fire arrows or guns at attackers. The windows on the top levels were larger to allow in light. It was felt that attackers would not be able to scale to those heights so larger windows were safe.

In addition, the stairs were of uneven height to throw off an attacker’s charge by interfering with his gait.

Machicolations were stone structures at the top of the castle protruding out from the wall with a hole in the floor. There are two on Ross Castle, one over the front door and another on the back wall. The one at the front would allow defenders to drop stones or boiling oil on attackers at the front door, the only entrance to the castle.

The parapet at roof level is ‘crenellated’ providing ups, ‘merlons’ and downs, ‘crenels’, to allow defenders to hide behind the merlons while firing arrows or guns through the crenels.

The first floor was used for storage.

The second floor was a living space for the house attendants and guards. Straw was spread on the floor to sleep on. There was typically no furniture.

The third floor was for food preparation and living and eating space for the house attendants and guards.

The fourth floor was the sleeping and living space for the chieftain and his family. The fourth floor had an arched stone roof supporting a stone floor of the fifth story as compared to the wood beam floors of the lower stories.

The fifth floor was the great room where the chieftain ate and entertained. This room was also the last sanctuary as it had a stone floor as a fire break from fire in the lower floors.

To see Ross Castle and other of Killarneys historic landmarks, don’t hestitate to contact Sage Taxis on 0861542890 and we will happily take you on your journey. 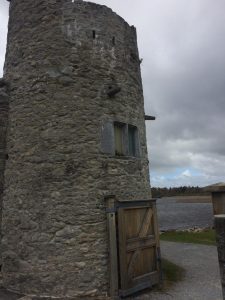 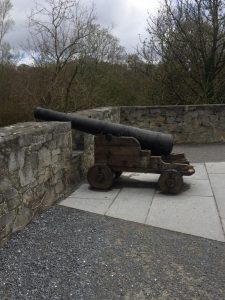 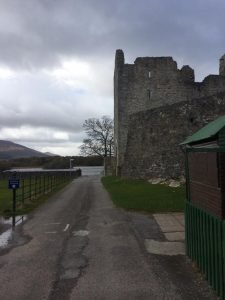