10 THINGS TO SEE AND EXPERIENCE IN KERRY #5 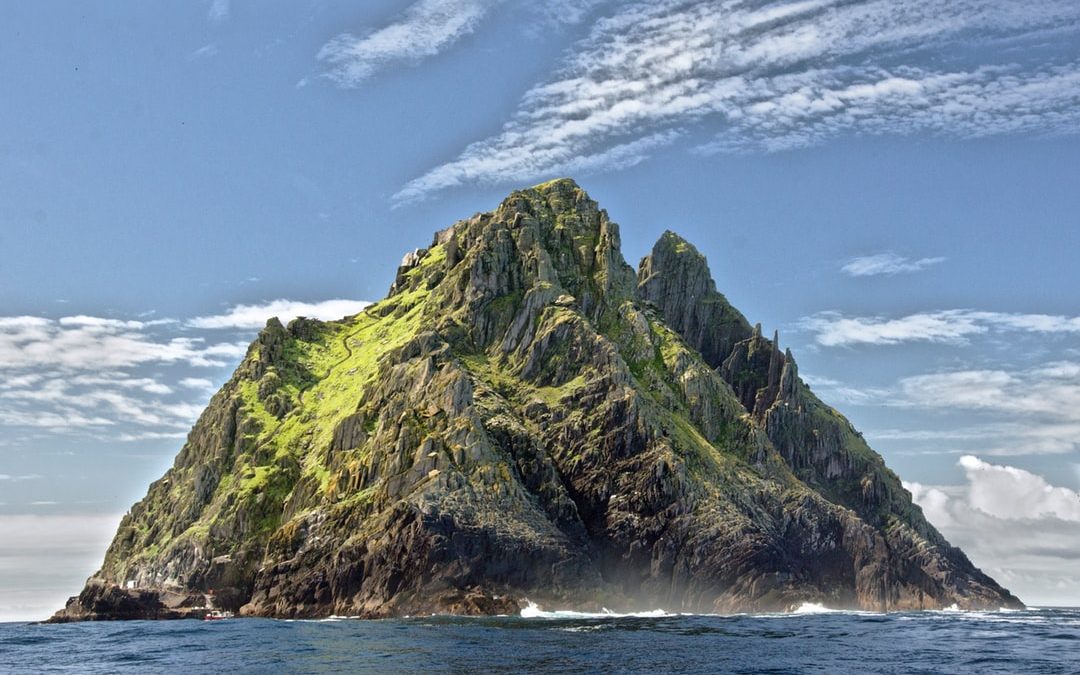 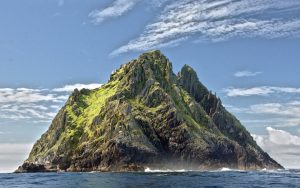 The Skellig islands rose c. 374-360 million years ago, during a period of mountain formation when they broke away from the Macgillicuddy Reeks land mass. Later, the peaks were set adrift and surrounded by rising water levels. Skellig Michael consists of approximately 54 acres of rock, with its highest point, known as the Spit, 714 feet (218 m) above sea level. It is defined by its twin peaks and intervening valley (known as Christ’s Saddle), which make its landscape steep and inhospitable. It is renowned for the  Gealic monastery, founded between the 6th and 8th centuries, and its variety of inhabiting species, including Puffins,Gannets and a population of roughly fifty Grey Seals. The island is of especial interest to archaeologists, as the remains of its early monastic settlements are in extremely good condition. The rock contains the remains of a Tower House, a megalithic stone row and a cross inscribed slab known as the Wailing Woman. The monastery is situated at an elevation of 550 to 600 feet (170 to 180 m), Christ’s Saddle at 422 feet (129 m), and the flagstaff area at 120 feet (37 m) above sea level.

The monastery can be approached by a number of narrow and steep flights of stone steps which ascend from three landing points. The hermitage on the north peak contains a dangerous approach, and is largely closed to the public. Because of the often difficult crossing from the mainland and the exposed nature of the landing spots, the island is accessible only during summer months.

The Skelligs scenes from the most recent Star Wars film Episode VII “The Force Awakens” were filmed at the islands in 2014. The Skelligs features prominently at the end of the movie where the audience is reintroduced to Star Wars’ original hero Luke Skywalker . Filming took place again in 2015 for the next installment of the Star Wars franchise Episode VIII “The Last Jedi” which was released in December 2017 .Book a tour of Skellig Michael here Do not hesitate to contact Sage Taxis on 00353861542890 for all your Skellig Island tours from Portmagee.