10 things you must see and experience in Kerry

Kerry is one of most scenic of counties in Ireland and  is steeped in the history of Ireland. It has numerous heritage sites from castles to Kerry bog Village,  stone forts to a celtic prehistoric museum. These draw hundred of thousands visitors through the arrivals gates at Kerry Airport each year from all the world.Near we are going to take a look at the 10 best things to see in Kerry: 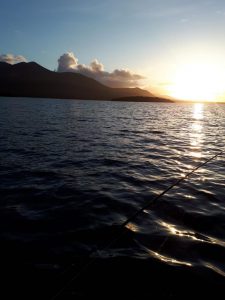 Killarney National Park near the town of Killarney, County Kerry, was the first national park in Ireland, created when Muckross Estate was donated to the Irish Free State in 1932.The park has since  expanded and encompasses over 102.89 km2 (25,425 acres) of diverse ecology, including the  beautiful Lakes of Killarney, oak and yew woodlands , and world renouned  mountain peaks. It has the only red deer herd on mainland Ireland and the most extensive covering of native forest remaining in Ireland.

The focal point of the National Park for visitors is Muckross House and Gardens  .The house which is presented http://www.muckross-house.ie/ as a late 19 th century mansion featuring all the necessary furnishings and artefacts of the period is a major visitor attraction is jointly managed by the Park Authorities and the Trustees of Muckross House.

The  Desmene close to Killarney Town is also part of the National Park and features Killarney House and Gardens and Knockreer House which is the education centre of the park.

Lough Leane  is the largest and northernmost of the three lakes, approximately 19 square kilometres (4,700 acres) in size. It is also the largest body of fresh water in the region.The River Laune drains Lough Leane to the north-west towards Killorglin and into Dingle Bay.

Leane is dotted with small forested islands, including Innishfallen Island, which holds the remains of the ruined Innisfallen Abbey. On the eastern edge of the lake, Ross Island, more properly a peninsula, was the site of some of the earliest Copper Age .Ross Castle, a 15th-century castle, sits on the eastern shore of the lake.

Also known as Middle Lake or Torc Lake, Muckross is just south of Lough Leane. The two are separated by a small peninsula, crossed by a stone arched bridge called Brickeen Bridge. It is Ireland’s deepest lake, reaching to 75 metres in parts. A paved hiking trail of approximately 10 km  circles the lake.

The Upper Lake is the smallest of the three lakes and the most southern .It is separated from the other two lakes by a winding channel 4 km long. If you are considering a trip to Killarney you will not be disappointed, for all your taxi needs don’t hesitate to contact us https://sagetaxis.ie/ or 0861542890 national calls or 00353861542890 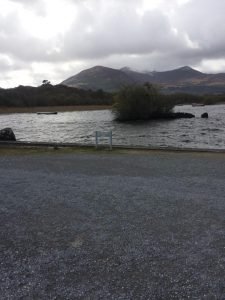 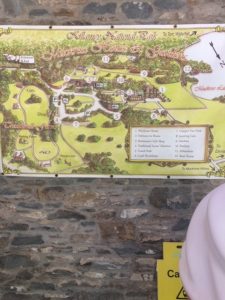 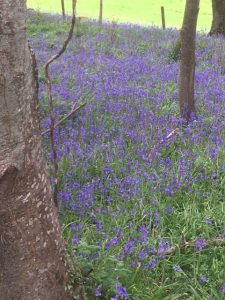